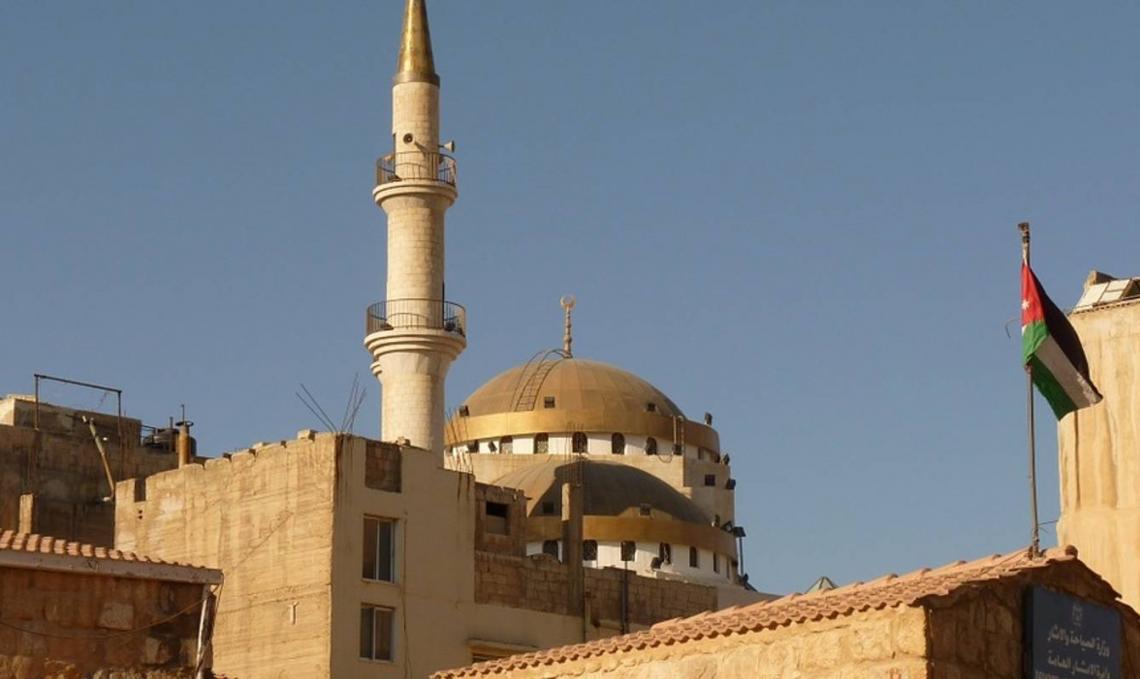 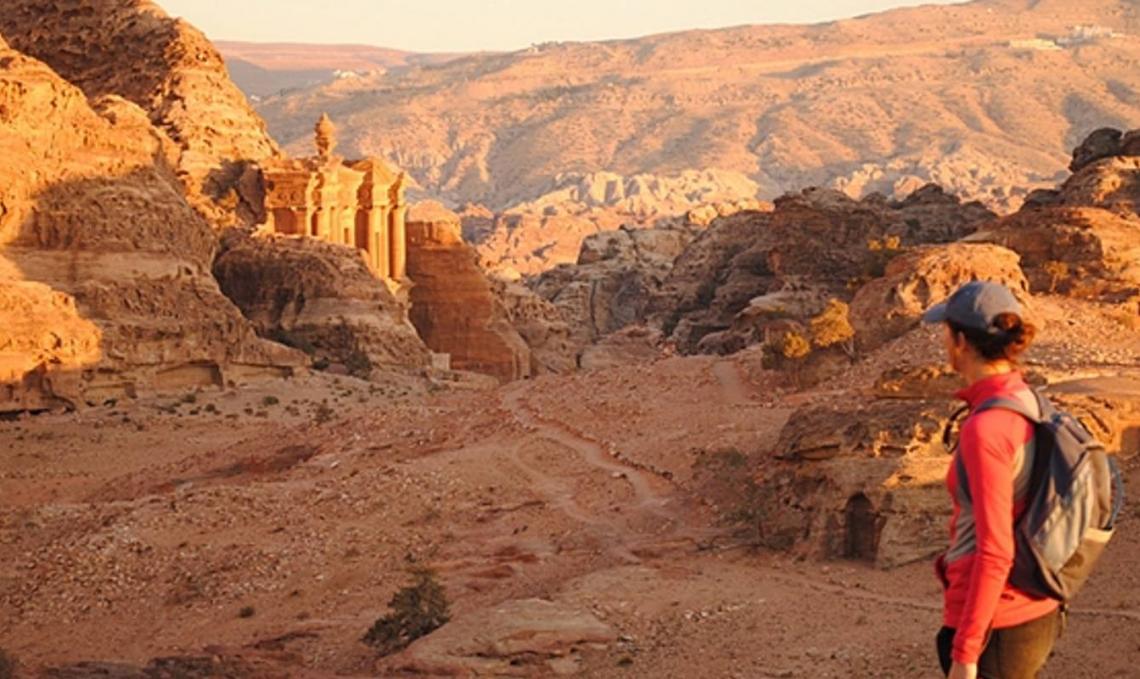 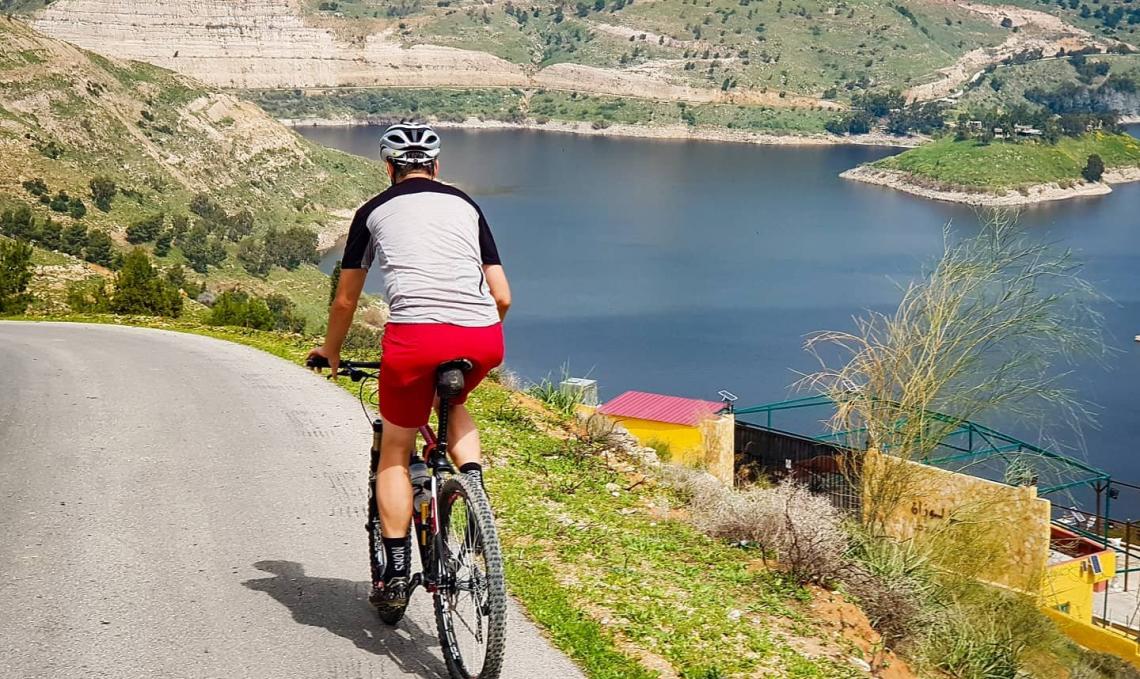 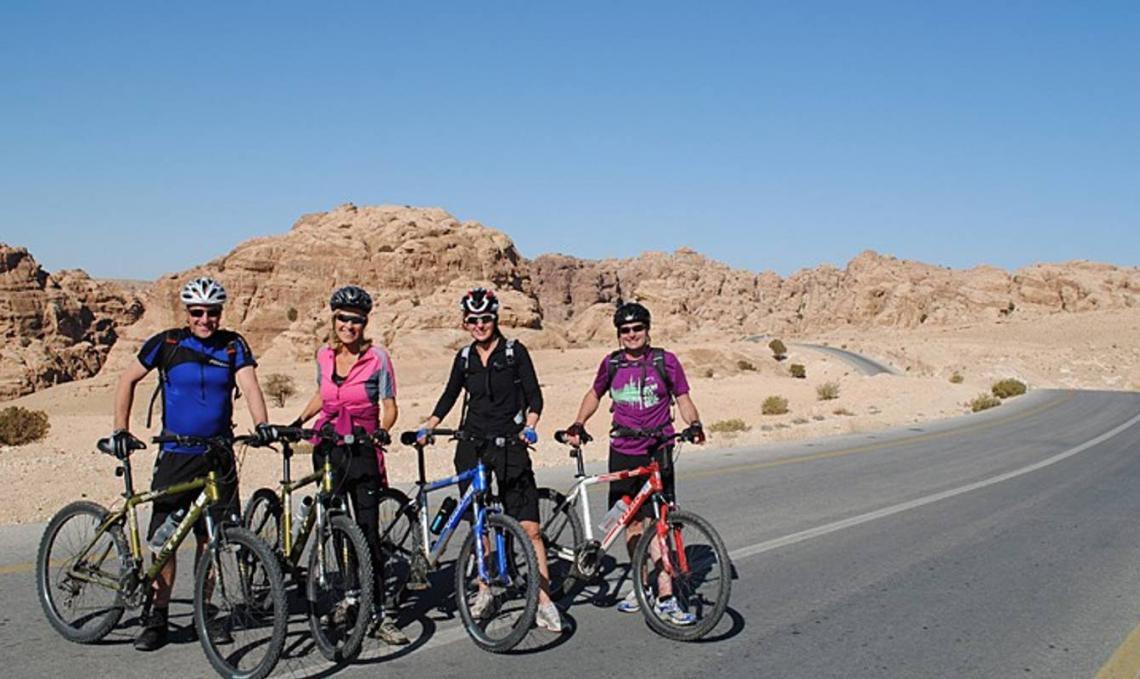 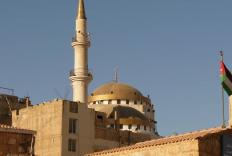 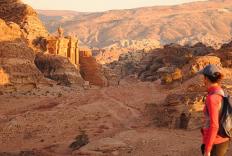 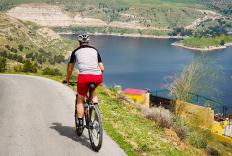 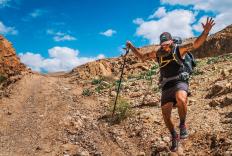 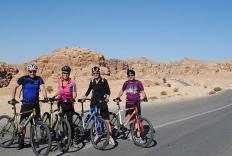 The Kingdom of Jordan is the perfect place to combine a cycling tour with some of the best sites in the Middle East. This bicycle trip takes us through olive groves and hill top villages in the north, while further south we will head along desert roads where the communities are sparse and nomadic and the landscape vast and spectacular. If the cycling alone isn't enough to entice you, perhaps the UNESCO site of Petra, a night under the stars in the Wadi Rum desert or a float in the Dead Sea will tempt you to visit this fascinating country.

We start at our hotel in Amman on day 1 of the itinerary.  Those on the group flights from London will arrive in the evening.  Land only clients need to provide their flight details if they would like to receive a FREE arrival transfer. Your leader will leave instructions for you at the hotel.

After an initial briefing, we transfer by bus for approximately 45 minutes to the ancient city of Jerash. Known in Roman times as Gerasa, Jerash is one of the best preserved examples of a Roman provincial town in the Middle East. It is a vast site with incredible ruins that enable you to almost visualise Roman life there, from the dramatic chariot racing to imagining the trading and bartering that went on along the colonnaded streets. After a good couple of hours absorbing the atmosphere of this incredible site we get back on the bus for a short transfer to the beginning of our ride, having lunch en route. When we arrive we will be introduced to the cycling team and our bikes. This afternoon we will cycle for approximately 3 and a half hours through the foothills of the Jordan Rift Valley. This is the most fertile region of Jordan and also the most populated. We will wind our way down quiet roads and through small villages taking in the landscapes of this region. The cycling is on good roads and much of the time you will be descending. In places there may be some loose gravel that you will need to watch out for and there is one fairly long ascent. You will be briefed about the ride before you set off and the support vehicles will always be on hand. At the end of the ride we will leave the bikes for the day and transfer to Madaba, the 'city of mosaics'. The bus journey will take approximately 2 hours. There are a number of nice restaurants in Madaba for you to choose from as well as coffee and sweet shops for those of you that want to try your first mouth-watering taste of baklava.

Day 3: Ride to Mt Nebo; exhilarating descent to the Dead Sea for a float in the saline water; drive to Petra.

This morning we will wake up in Madaba, the 'City of the Mosaics'. Madaba is the most important Christian centre in Jordan and is famous for its Byzantine era mosaics. The most important of these is the 6th Century mosaic of Jerusalem and the Holy Land that covers the floor of the Greek Orthodox church of St. George. This morning we will have the opportunity to observe the mosaic and marvel at its detail and natural colour. We will then have a very short transfer to take us out of the centre of town where we will be reunited with our bikes. Today's ride starts with a 7km mild ascent up Mt Nebo. We will take a pit stop at the top of Mt Nebo, reputedly the burial place of Moses but certainly the site for a spectacular view over the valley below. From here it's a fantastic descent to the shores of the Dead Sea. Parts of this descent are quite steep but support will be at hand and you can take your time. We follow the coast on a smooth tarmac surface to Suwaima where we can change and take a float in the famous waters. After a shower, it's back on the bus for the long drive south (approx. 3 hours) along the Kings Highway towards Petra. In many places the route is spectacular and there will be a couple of stops to admire the view on the way.

We now have two full days to explore Petra. Petra the 'Rose-red city, half as old as time', was hidden for centuries until the Swiss explorer Burckhardt made his great discovery in 1812. The Nabateans, an Arab tribe that arrived here in the 6th Century BC, founded Petra. Building at Petra began in the 3rd Century BC and continued through the Roman period, financed by taxes levied on the desert caravans. Two features of Petra are unique: firstly, it is a city made defensible by being built down a series of chasms, rather than on a hilltop; and secondly, it is built directly into the rock - beautiful red and yellow sandstone carved into the most impressive facades which glow in the brilliant sunlight. During our time in Petra we will have the opportunity to explore the site from all angles. We will walk down the narrow Siq with the sandstone chasm rising 80m to either side of us and revealing El Khazneh, the Treasury as we reach its end. Set in stunning sandstone mountains there will also be an opportunity to explore the higher caves and the 'high place of sacrifice' giving a fantastic panorama of the whole site. At ground level we will pass the houses and tombs of the rich citizens, and the amphitheatre. A long walk beyond the centre is El Deir, the Monastery, with its superb facade topped by a huge urn. The Monastery is set in a more remote location of the site and there is the option to climb around 800 steps to reach it, but it is well worth it.

In the morning we cycle to the north of the main city to Little Petra and the Siq Al-Barid. A classical temple stands guard outside the miniature siq, which is believed to have been an important suburb to the city of Petra itself. The narrow file, only some 350m long, is crammed with triclinia, water channels and cisterns. Of particular note are the remains of painted frescoes on plaster dating from the 1st Century AD, which are to be found in one of the biclinia.  Overnight in Petra.

Day 6: Ride via Wadi Araba to Aqaba on the Red Sea.

It's an early start today to avoid the heat for our first real desert experience. After a short transfer to Tayba village, we begin riding mostly on tarmac to Ar-Rajif. The road cuts through traditional Bedouin territory and is a seasonal stop for the nomadic shepherds of south Jordan so the chance of a local 'tea break' are high! The road is in a good state of repair, with some sections having been recently resurfaced. However, parts are quite heavily potholed and there is a chance that sand and stones have blown across the road and make for a loose surface on top of the tarmac, so care should be taken. We head into the desert and follow the road down to Gharandal via Dilagha to Wadi Araba. There are a few ascents and descents on today's ride and it is our longest and hardest day of riding. However, it is also the most spectacular and rewarding. The road takes you on an amazing journey through the desert and makes for a very satisfying day of riding. This day is all about the cycling allowing us to immerse ourselves in the landscape. After our desert crossing, it's a short drive to Aqaba on the Red Sea.

This morning we have free time to lounge on the beach, swim, or snorkel.   The transport and entrance to one of the private beaches is included in your trip.  The hire of snorkelling equipment is extra to be paid on the day.  In the early afternoon we will transfer out of town for around 45 minutes and then we will get on the bikes for the last time. This ride will take us into Wadi Rum on a relatively flat desert road. The desert scenery today is quite different to that experienced yesterday and will evoke a sense of more recent history than what we have been experiencing until now. This is where Lawrence of Arabia and Prince Faisal assembled the Arab tribes for the attack on Aqaba in the First World War and also where sections of the film of 'Lawrence' were shot. Tonight we will experience Bedouin hospitality with a traditional meal, sweet tea and camping out in goat-hair tents in the desert. We will be able to contemplate our week of adventure as we gaze up at the star-lit sky, warmed by a fire. If you like you can pull your mattress outside and sleep under the stars.

After breakfast we take a 4x4 drive jeep into the  desert for around 2 hours. Following lunch, surrounded by the vastness of the desert and towering rocky outcrops, we transfer back to Amman, a journey of approx. 4 hours with a stop en route. 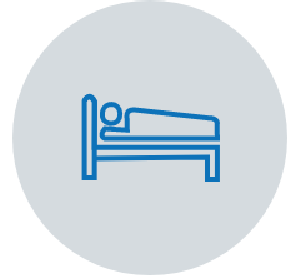 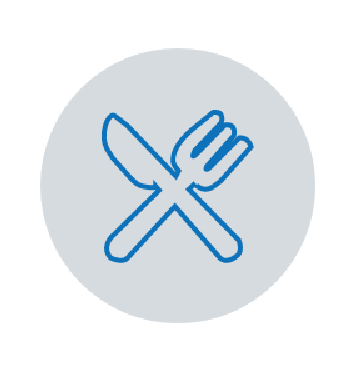