Discover the rugged beauty, delicious food and rich heritage of Jordan. Explore Petra in depth, sleep like a Bedouin in Wadi Rum and float in the salty waters of the Dead Sea; the lowest point on earth. 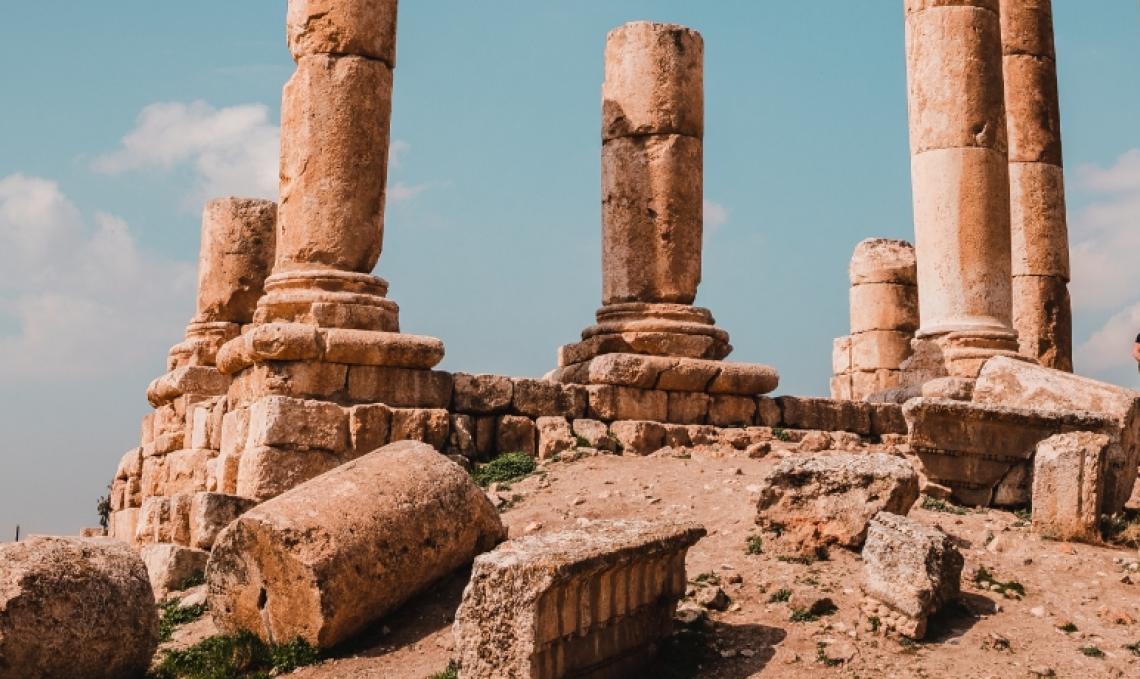 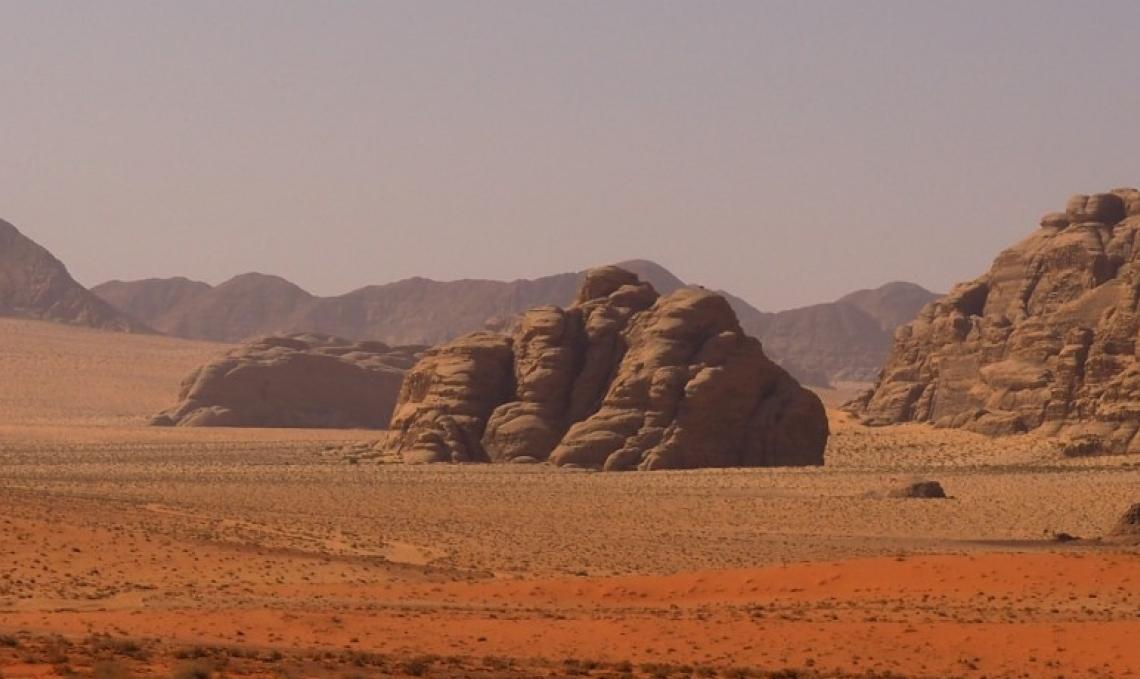 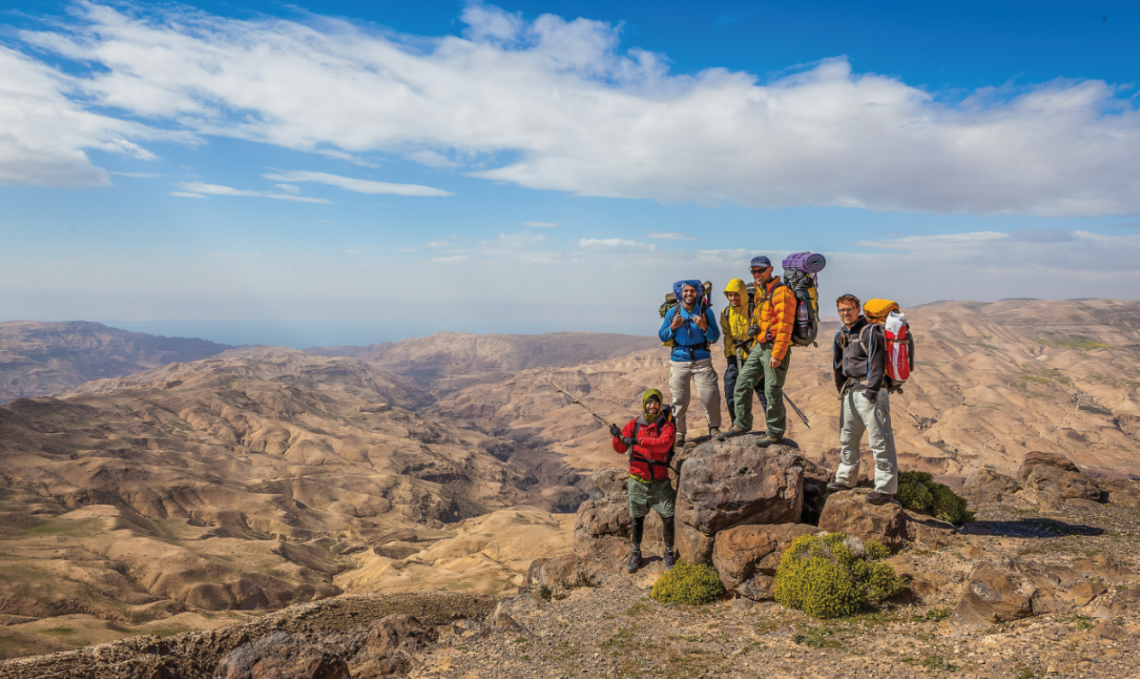 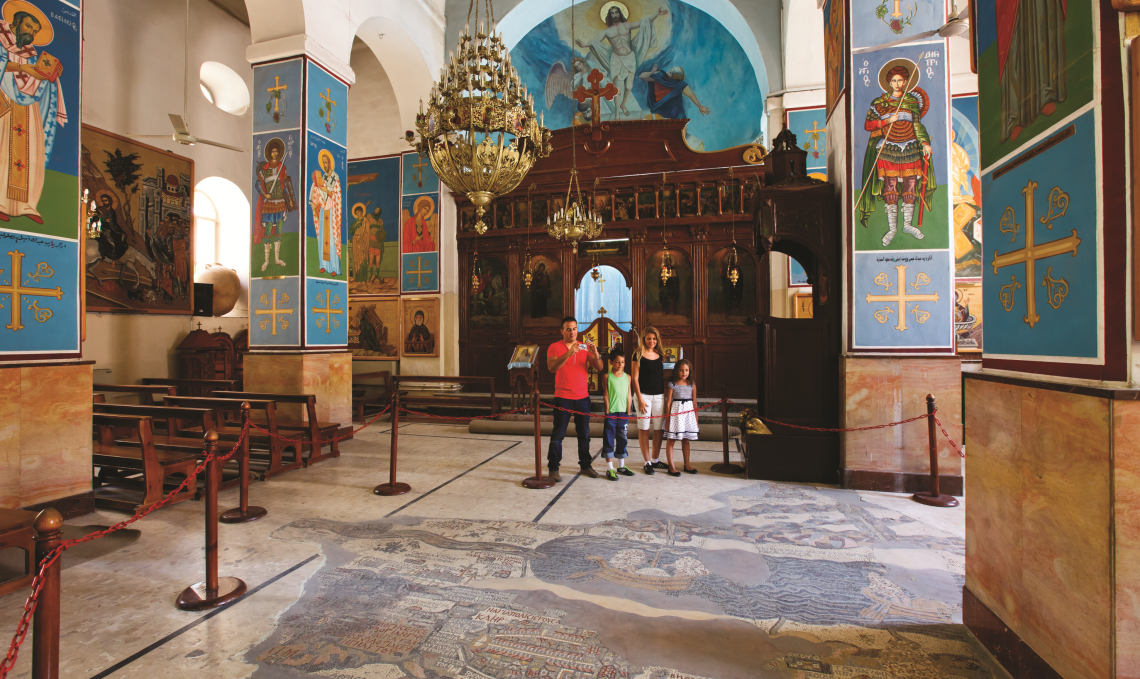 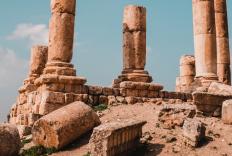 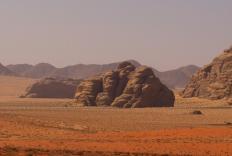 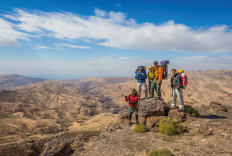 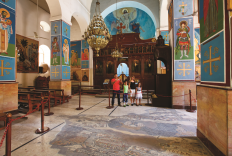 Arrive in Amman, the capital of Jordan, which is one of the oldest continuously inhabited cities in the world. Now home to almost half of the country's population, it is a fascinating city of contrasts, where the very ancient and the brand new collide.

There are no planned activities for today, so you can arrive into Amman at any time. If you would like to receive a complimentary transfer today, you'll need to arrive into Queen Alia International Airport (AMM), which is around 30 minutes' drive. Due to a majority of flights arriving in the late evening, your leader will meet you for the welcome meeting on the morning of day two. This evening you will find information including meeting times on our hotel notice near reception.

If your flight arrives earlier in the day, you may wish to explore the streets and souks of downtown Amman independently.

This morning we drive the short 30 mile journey north of the capital to the ancient Jerash. Populated for over 6,500 years, the city's golden age was in Roman times when it was conquered by General Pompey and became one of a confederation of ten important Middle Eastern cities, known as the Decapolis League. Now, because of the way it has been preserved in sand before its excavation last century, it is widely acknowledged as one of the best-preserved Roman provincial towns in the world. Walking around the colonnaded streets, soaring hilltop temples, handsome theatres and the chariot-racing stadium, it is easy to imagine Roman life carrying on around you. All this is just the tip of the iceberg - it is estimated that only about 10% of city has been uncovered.

After lunch we'll travel back into the city to visit Amman's historical centre and spend some time discovering the Citadel - Jabal al-Qal'a. The Citadel stands on a hill, the highest point in Amman, and artefacts found at the site signify that the area has been a royal city for thousands of years and is believed to have been fortified during the Bronze age some 3,000 - 4,000 years ago. Earthquakes and invasions have certainly taken it's toll on the Citadel but two pillars of the Roman Temple of Hercules still stand strong, and some buildings of 7th century Umayyad Palace can still be explored.

The evening is free to relax. You may wish to take a short taxi ride to Rainbow Street, popular with Ammanis and tourists alike, this narrow, cobbled road is lined with coffee bars, souvenir shops, restaurants and bars. As the city is largely dominated by highways, Rainbow Street is a lovely escape that is best discovered on foot, plus a great place to try fresh, homemade falafel.

An early breakfast this morning ready for a prompt departure to to Madaba - a town with a strong Christian heritage and aptly dubbed the 'City of Mosaics'. Around 90 minutes from the capital, Madaba is home to hundreds of Byzantine-era mosaics, the most famous of these is the 6th century map of Jerusalem and the Holy Land. Created with two million pieces of vividly coloured local stone, it is believed to be the oldest surviving map of the holy land.

Continuing on for another 20 minutes, we will arrive at Mount Nebo; referenced in the Old Testament as the place that Moses once stood to look over the Promised Land. This sacred location is important to many devoted pilgrims and on a clear day offers views out across the Dead Sea, Bethlehem and Jerusalem.

Later this morning we carry on travelling south, just as traders, armies and pilgrims have done before us, along the impressive 5,000 year-old King's Highway to Kerak. Imposingly situated on a rocky outcrop next to the road and containing a maze of stone-vaulted halls and passageways, this ancient Crusader stronghold is the most famous among a chain of fortresses built for the Holy War against Islam.

Our packed day of sightseeing ends with a short drive to Petra - without doubt Jordan's most valuable treasure. We can look forward to a couple of days spent here to really get under the skin of this awe-inspiring site. We arrive in time to take an optional candlelight tour of the ancient city. Abandoned centuries ago, this other-worldly place is enhanced by the play of light and shadow to create an altogether magical experience.

Over the next two days we get the opportunity to discover Petra and to soak up this mysterious city. Our entrance fee for both days is included, giving us the chance to truly do justice to this jewel with an in depth visit.

Defined by John Burgon with the illustrious words 'A Rose Red City half as old as time', Petra is a UNESCO World Heritage Site as well as one of the new wonders of the world. This ancient city carved in the rocks has retained its grandeur throughout the centuries and although much has been written about it, nothing really prepares you for the impact of this unique site.

After a guided orientation tour which will take us to some of the key areas, we have the rest of the day to explore in our own time. Most of what can be seen today was built by the Nabataeans - an industrious Arab community who settled here more than 2,500 years ago, growing wealthy on tax proceeds from passing silk and spice trade. Petra's spectacular setting deep inside a narrow desert gorge adds to its majesty. The site is accessed by walking through a kilometre-long chasm (known as the Siq), the walls of which soar to a height of 200m. Petra's most famous monument, the Treasury, appears dramatically at the end of the Siq, carved out of the sheer, dusky-pink rock face. Miraculously well preserved, this massive 43 metre-high facade dwarfs everything around it and perfectly represents the engineering genius of these people. The existence of this site had been kept secret for centuries by the local Bedouins and only revealed to the West by the Swiss explorer Johann Ludwig Burckhardt in 1812. After the decline of the city, due to shifting trade routes and a series of earthquakes, the Bedouins continued to use the sophisticated water system created by the Nabataeans to make the most of the water coming from the perennial stream and the flash floods; a precious oasis in the middle of an inhospitable desert.

While you wander through literally hundreds of tombs, temples and colonnaded streets, your mind finds it easy to picture caravans loaded with frankincense, spices and textiles travelling through the Siq. The site is excellent for photography and the best time to take pictures is either early to mid-morning or late afternoon, as this is when the angled sun highlights and enhances the natural red, pink and orange colours of the rocks.

DAY 5 - Full free day to explore Petra; take the chance to trek up the Royal Tombs

Today is free for you to discover more of Petra's beautiful and awe-inspiring buildings and scenery. You may choose to climb the steep path to the 'High Place of Sacrifice' for a stunning view over Wadi Araba and the Negev Desert, or trek up to the impressive 'Monastery' - Petra's largest monument.

This evening we'll visit a small, family run restaurant for a Bedouin cookery demonstration. The the chef will show us how to cool a traditional main meal and Jordanian sweet before we sit down for our dinner.

Today is all about embracing the Wadi Rum desert experience in its authenticity, as we have the once in a lifetime opportunity to live the lifestyle of the nomadic Bedouin people. This morning we will leave Petra by bus and head to Wadi Rum Visitor Centre where we will transfer into 4WD vehicles for an exhilarating two hour jeep drive through the desert. This is a great chance to see the most spectacular and untouched parts of Wadi Rum.

Wadi Rum occupies a region of 74,000 acres and as described by T.E. Lawrence, is 'vast, echoing and God-like...'. Monolithic outcrops of granite rock and sandstone rise out of the desert with a drifting blanket of sand between them. It is at its most impressive at the beginning and end of the day when the soft light and blue sky create a coppery effect on the sand. The Bedouins learnt to live with this hostile environment 3000 years ago, choosing the partnership with the camel for their survival. They understood the importance of keeping on the move and interpreting the elements, in order to find food and water. This afternoon we have the chance to experience a camel ride and learn about this precious alliance between the dromedary and the nomads.

After sunset, we enjoy the Bedouin hospitality around the campfire under a blanket of stars; a great setting to share stories while sipping mint and sage tea. A traditional zarb, consisting of a chicken or a goat meat (vegetarian options available) cooked under the desert sand, is served as well as a delicious selection of mezze.

The campsite we use presents the opportunity to experience traditional Bedouin living arrangements in a large communal style goat hair tent, which provides the best protection against typical desert extremes of hot and cold weather. The tent is laid out with rugs, mattresses, pillows and blankets and is where each tribe would commune to eat, sleep and socialise, as well as a fire pit to sit around and enjoy some local sweet tea. Far away from the tourist centre, roads and within the Wadi Rum protected area, the camp is intimate and provides great views over the desert. A toilet and wash block with limited washing facilities is also available during our stay. Private tents can be paid for locally should you wish, subject to availability.

DAY 7 - Spend time by the Red Sea in Aqaba; an option to join a snorkelling trip

After all the exploration of the last few days, today we can enjoy a relaxing day in Aqaba on the Red Sea. Famed for its preserved coral reefs and unique sea life, your Leader will be on hand to arrange an optional snorkelling trip.

If you don't have your sea legs, there are a number of beaches to choose from or you can spend the afternoon drinking tea in one of the many cafes.

DAY 8 - Visit the Dead Sea, the lowest point of Earth before travelling back to Amman

This morning we depart Aqaba and travel for around four hours to the the Dead Sea. Officially the lowest point on the earth's surface, this unique water body has an amazingly high salt content (33%) which means that no animal life survives and it is almost impossible to sink. The experience of floating naturally is unique and relaxing on the calm sea. We'll spend a couple of hours this afternoon at a tourist beach, where food and drink can be purchased and we use of showers facilities.

Finally, we drive on to Amman and spend our last night in the bustling capital with free time to do some last-minute shopping and sightseeing. To mark the end of your trip, you may choose to enjoy a traditional or cosmopolitan meal, washed down with some excellent Jordanian wine, in one of the capital's many restaurants.

The trip ends after breakfast at our hotel in Amman.

There are no activities planned today, so you are free to depart from Amman at any time. If your flight is departing later in the day, luggage storage facilities are available at our hotel. If you would like to receive a complimentary airport transfer today, you need to depart from Queen Alia International Airport (AMM), which a 30 minutes' drive.